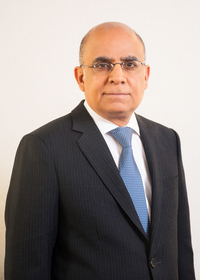 Bahrain Development Bank (BDB), the Kingdom’s Premier development bank and leading provider of financial and incubation services to SMEs reaffirmed its support for the SME sector which was one of the most affected by the ill effects of the Pandemic.

For the nine months ended September 30, 2021, the Bank posted a profit of BD 489 thousand (PY 1.06 million) continuing its trend of a positive bottom line to remain sustainable. During this period BDB disbursed loans/Islamic financing aggregating to BHD 23 million. Of these disbursals BHD 6.7 million were under the Liquidity Support Fund Scheme (LSF) sponsored by Ministry of Finance and National Economy (MOFNE). Cumulative disbursements under the LSF scheme since introduction in December 2019 reached BHD 43.7 million. Loans under the LSF scheme provided at a concessional rate of interest cost together with the instalment deferments in line with CBB guidelines amounting to BHD 84.5 million went a long way to help 734 SMEs mitigate the impact of the pandemic.

The Bank also reaffirmed its commitment to Women & Youth. 65 financing facilities were sanctioned to them of which 46 were for women. Financing facilities aggregating to BHD 1.04 million were disbursed under the ‘BDB Riyadat Scheme’ which, with Tamkeen support, is a tailor-made program for enterprises owned by Bahraini women. Cumulative disbursements since inception under the scheme reached BHD 6.8 million. Overall, these facilities are expected to generate additional investments in projects of BHD 11.4 million and facilitate the creation of 226 new jobs.

Total assets as of September 30, 2021, stood at BHD 235 million which was higher by 4 % from that at the end of the Previous FY (BHD 226 million). The Bank continues to maintain good liquidity and healthy CAR. The Bank adopts a very conservative approach towards provisioning for ECL to minimize the probability of spillover of the ill effects of the Pandemic to future years.

In addition, the bank has made major progress in its digital transformation journey (Ru’aya) which is expected to be launched in the first quarter of 2022. The digital transformation program will empower BDB to meet the unique needs of the SMEs community by providing an enhanced end-to-end digital experience as well as improve response times significantly while maintaining best in class governance and compliance standards.

Mr. Sanjeev Paul, Group Chief Executive Officer of BDB Group attributed the success of the bank to the adoption & implementation of a focused and consistent strategy of supporting SMEs in line with its core mandate. He added that the Bank was able to meet the needs of SMEs in a very challenging operating environment considering the pandemic. He thanked the BDB team for their hard work and commitment as also the Chairman, Board of Directors and CBB for their guidance. He also thanked key stakeholders MOFNE, Tamkeen, and MOICT for their continued and generous support to BDB through the years.